Originally titled the Interdisciplinary Research and Incubator Facility (IRIF), Research I is a 105,775gsf building containing 79 labs with a NFPA 45 rating, 84 offices, conference rooms, break rooms, and support rooms. Due to project budget constraints, the project was designed and constructed in two phases. Mid-construction, many changes were made to the plans, requiring re-design efforts and an extension to the project schedule – but this allowed for both phases to be completed at the same time, greatly simplifying the commissioning process. Project management efforts for Research I earned FP&C the top award in 2018 from the Construction Owners Association of America (COAA). UCF and Michigan State were the only universities to be awarded the COAA Gold Project Leadership Award, recognizing UCF’s excellence in project delivery. 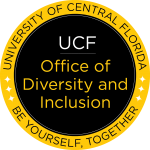